If there is one thing that can make people afraid to say or do the wrong things, it is an emotional meeting place designated for saying farewell to a beloved acquaintance. Here are a few questions you should never ask at a funeral home -- even if you are bumbling to find a way to make general conversation with the mourners who are there.

How did he/she pass away? - If you do not already know how the person passed away, the funeral is not the appropriate time to start asking questions. This may seem like something that would be simple funeral conversation, but the thought of how someone passed can be enough to provoke heavy emotion from whomever you ask.

Is there going to be food served at any time? - You may be looking forward to food after the service or drinks during the wake, but refrain from asking about these things while you are at the funeral. If there will be food served for the mourners, rest assured that someone will make it known to you as it is usually announced at the end of the service or mentioned in the bereavement announcement.

Are they supposed to look like that? - If you have never witnessed a person whose casket is open for viewing at a funeral, you may be a bit taken aback by what you see. In a lot of cases, the deceased will not look anything like what you may recall. Their hair may be styled differently, cosmetics will be used to give them color, and their facial expression may even look odd.

Why isn't a certain person in attendance? - When you are at the funeral home with a group of mourning individuals, it can be considered impolite to call out someone who has not made an appearance, no matter how much you expected to see them there. Everyone has their own feelings about funerals and some people would rather avoid them altogether, so it is better to respect the differences and keep your observations about who is present, or not, to yourself.

It may not be a desirable truth, but if you associate with people at all in your life, it is highly likely at some point you will find yourself as a funeral attendant. If you have ever visited a funeral home such as Hempstead Funeral Home to pay your respects, you may find the whole situation a little unfamiliar. Make sure to not make the mistake of unconsciously asking the wrong questions. 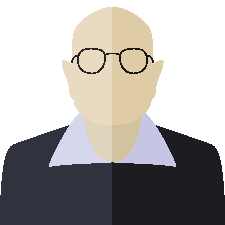 What do you do if you have to plan a funeral for someone that wasn't a very good person? I know that it sounds crazy, but this is the situation my mom and I found ourselves in when we had to plan a memorial service for one of her uncles. After a few stays in prison, my great-uncle prided himself on shunning traditional family values and "partying." However, our local funeral home had a few ideas to make his service less abrasive. By focusing on his positive qualities and asking a few of his friends to speak, we were able to create a really lovely funeral. On my website, you will find helpful memorial planning tips, so that you can make your loved one shine.